As an engineer, you are effectively an assistant on steroids, and need not fear any electrical hazards thanks to your insulated gloves. Your actions will affect the station, for good or for ill, much more profoundly than a mere assistant can. What sets you apart from the rest of the crew on the station is that you are the most equipped for constructing objects and machinery, repairing structural damage, and are best equipped crewmembers for E.V.A. missions in the cold of Space.
Bare minimum requirements: Fix hull breaches, fix cables/APCs if power goes out in an area. Know how Solars and SMES work. Resist the temptation to run off with a hardsuit at roundstart.
Basic skills: Set up the engine without killing everyone. Fix airlocks and rebuild machines. Familiarize yourself with Hacking.
Advanced skills: Detect and fix sabotage - Telecomms, the engine, power sinks. Know enough about Atmospherics to stop a plasma flood, and prevent a waste surge.

Take a look around engineering as the first thing you do, and see how many fellow engineers you have. If there's a ton, you probably don't want to snatch up everything that isn't nailed down. Don't fight over hardsuits. Don't try to break into the middle of a task someone has already begun: trying to fill plasma tanks at the same time as another person usually ends up filling engineering with plasma, and trying to turn on containment at the same time as someone is often lethal.

Be nice and courteous and you'll often be treated well, curse people out for their incompetence or how slow they are and people aren't going to rush to your retrieve your corpse when syndicates blow your head off on the solars.

Engineers have to carry a lot of equipment to perform their various tasks. The job is a lot easier if you carry around what you need so you don't constantly have to be running back to engineering for each step of a repair process.

Here's a suggestion how you can be prepared for shit on the space station: 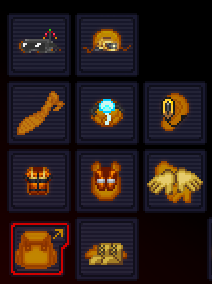 This is an image of the equipment every engineer should be trusted to have on them at all times. Empty pockets can be used for tools, flashlights, Etc. 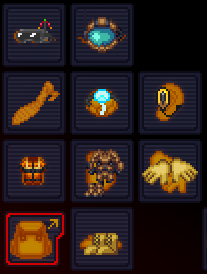 And if you're planning to go fix stuff in space

Some of this you start with, some you need to collect. The items you pick up are:

Firesuits can no longer be carried in bags, and it's unsafe to firefight without them, so just run to the nearest firefighter closet in the advent of a fire to gear up -- There is one close to nearly everything everywhere in the station, learn their locations.

Note that some of these are for roleplay reasons only. Roleplay too determines if you're a good engineer or not -- When talking with people face to face, pop the helmet off and carry it a bit -- hardsuits look pretty cool without the helmet on. Write down things you figure out like the door wires and photocopy them, distribute to the other engineering staff as a memo. Engineers have some great roleplay as the people that fix everything when everything else is going to hell. Take advantage of that camraderie and the ludicrous nature the situations you will find yourself in. A robotic mute-guy-fixing-everything playing style is efficient of course, but it isn't nearly as fun for everyone.

You have a few things you should do, if you don't want to be robusted, before doing what you want to do. Repairing things is what engineers do, and so is setting the station with power. Without any engineers doing a little work, the station will crumble.

This is an extremely important task. Luckily, it is laughably simple. Make certain you follow the instructions precisely; an engineer who accidentally unleashes the fury of a supermatter engine is not a popular person.

Starting The Other Engines

You may find yourself on a station designated to draw power from a critical mass contained in an energy field. Please refer to either Singularity Engine or Tesla Engine.

Working on the Solars

Read the guide, make sure you have wire, internals and a space suit. Best of luck.

Is there a hole in the wall? Are floor tiles broken? Did an idiot break a window to get into the medbay? Are people complaining about electrified doors? Are cables torn up leading to an APC? Are the APC's themselves fried? Is it more than thirty seconds into the round? The answer to two or more of these is always yes.

Quit reading "The Lusty Xenomorph Maid" and get to work!

The main engine and/or the solars provide more than enough energy to fully power a state-of-the-art space station -- unless something goes wrong, which it almost always will. Whether it's due to shoddy wiring, a powersink, a bomb, an assistant cutting cables, a loose singularity or simple engineer laziness, power outages are a common problem that is your, YES, YOUR, job to fix. See that Power Monitoring computer? If people complain of power outages, it should always be the first port of call -- assuming it hasn't already been devoured by the rampaging maw of Lord Singuloth.

See the guide to power to learn how to into power and, more importantly, how to fix everything.

Getting the Man Out of Danger... Alive!

It's your job to save lives when they cry out for help.

Engineers get access to maintenance hallways, which contain several firesuits and extinguishers. If a fire breaks out somewhere, put it out. Firesuits allow you to walk in almost any fire. Extinguishers have a limited capacity. Refill them with water tanks, which can be found all around the station.

If someone cries that he can't get out of somewhere and no one can get him out, then it's your job to do so. Hacking airlocks, deconstructing walls, basically whatever it takes to get to them. I don't need to point out that you should never put others or yourself at risk in doing so!

A body's been spaced? Now it's your job to recover it. Ask the AI or captain to get a jetpack and space suit from EVA and go after the body. You'll most frequently find bodies either somewhere near the derelict or the AI satellite. Drag them to a teleporter and get them back to the station. The use of lockers will help greatly, as lockers do not drift like bodies do, but cannot travel across Z-levels. ALWAYS have tools, glass and metal with you when doing this! Some teleporters need to be rebuilt and some bodies float around randomly and need floor tiles to be build in their path to actually stop