At roundstart 3 members of the exploration team will spawn in, each with a different role. All exploration crew members start with a discovery scanner which is used to generate discovery research points for science.

As the scientist your job is to locate research disks. You start with a research disk locator which, when used in hand, will say a direction and distance to the nearest research disk on the ground. These disks are required for advanced technologies such as combat implants and will unlock the research node when given to a scientist.

As the medical doctor you start with: A crew pinpointer; a handheld crew monitor; a medical kit that contains vital resources for tending wounds and a roller bed. Your job is to maintain the health of your crew and ensure their survival. It is important you don't forget to take care of yourself, as if you go down there will be nobody to heal you.

Starting off, you spawn in the Science dock, next to your shuttle - with three hardsuits available. In addition, you start with -

All of these are extremely useful tools, and you should familiarize yourself with all of them if at all possible. You may think this is all, but wait - before boarding the shuttle, take note of the two consoles before it. This is the supply bounty console, and the shuttle control console on station, allowing you to check for what work you will have to do before boarding, and allowing people too recall the shuttle if needed through autopilot or manual control.

The bread and butter of your job - the most important part of it all. It comes equipped with three bluespace engines, an airlock, a spare shuttle control console board, a navigation and bounty console, and most importantly of all, a PACMAN generator and plasma tank. Before you do anything, grab the mechanical toolbox in the cockpit of the shuttle and wrench the PACMAN on top of the exposed wire knot, along with the plasma canister on to the connector. A nearby crate contains five plasma sheets, useful for emergency fuel or to generate power in aforementioned PACMAN.

One whole canister will give you around 1245 mols of plasma fuel, and the shuttle will consume around 0.72 mol's per second - although this is subject to change depending on the size of your shuttle, and how quickly it is accelerating. Now that your fuel and engines are set up, head back to the cockpit and take a seat at the shuttle control console, your primary way of getting around. Upon opening it, you will be greeted with an interface - a variety of grid squares filling your screen, an array of coordinates, and a bunch of buttons.

The shuttle itself, and more technical aspects such as player built shuttles, is covered in the Guide to Shuttles and Shuttle Building.

As an exploration member, you have a variety of goals and missions - the most clear cut being from your Station Objective Console. This will allow you too accept an extremely high paying bounty that will be distributed throughout the budget cards of all departments. These missions are varied, and include -

These missions may also take place on a variety of different types of outposts - ranging from abandoned stations, lacking anything except a large amount of trash, a station that has been infested by a blob and has blob monsters roaming the halls, a station of great evil with a hellish cult that has summoned entities from the netherworld and left their pylons among the wreckage, and one suffering a good old fashioned xenomorph outbreak. Make sure to keep your energy pistol by your side, and communicate with other members of your exploration team with the .q or .h prefix.

In addition too the myriad of money-making opportunities, you also have uses to science; more use than to your parents, anyway. It is relatively common, spawning in derelict loot rooms, which are present on all derelict stations, and having a small chance to spawn on any given tile within the ruin. Who knows, though? Some things beyond the know may exist; those that fall more within the realm of xenoarcheology than within the realm of science, and something the Curator may take great interest in.

In Case of Emergency

Oh no! The shuttle ran out of fuel, and has fallen out of the skies! Upon running out of fuel, the shuttle will randomly dock at an asteroid - generating it. In the event this occurs, run down back to the cargo hold and open the grey crate, and retrieve the mining scanner. The primary thing you will be looking for is plasma - this can be refined in to plasma sheets with your gun, or it can be placed directly in the plasma refiner for 50 mols of fuel. While not the most efficient, it is useful in case of a jam. Your energy gun in CUTTING mode possesses the ability to cut through rock and ore, akin to a plasma cutter, so make use of it if possible, or the pickaxe if the shuttle has no power. You will get around 20 shots out of it in this mode, compared to only 15 in the lethal LASER mode.

So, you're a traitor. You have a variety of tools at your disposal - the shuttle can fly around the station z-level, your gun can be emagged to work on station, albeit with a greatly reduced ammo capacity, and your mobility and escape potential is second to none. The first few tips would be to throw away your GPS tools, and to get rid of your other explorers. All they will do is call you out, unless they themselves are on your side. Gibtonite can be obtained from lavaland or asteroids, your science access means you can get any gear they can get, and if you get creative, you could even revive the simplemob xenomorphs using xenobiology, to create an army of them and give people a real scare, diverting attention away from you. The possibilities are endless, and the stars are yours.

Oh and don't forget all the guns you get in ruins. The vortex gun while slow can hit multiple targets, and on average you would find at least one laser weapon on a ruin. Alternatively bait the pandora into the station and watch everyone else panic. 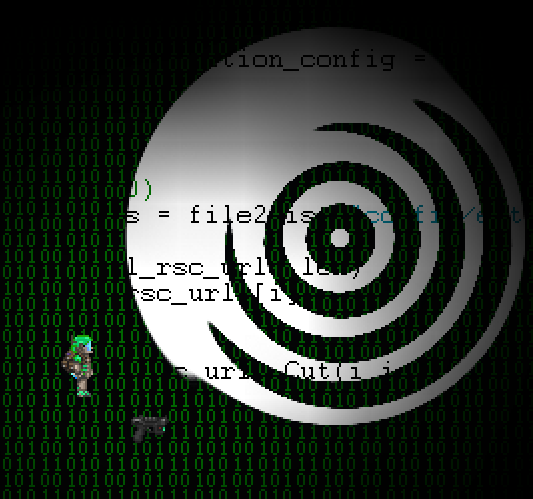