So, those station-lubbers don't wanna give us our cut huh? Well, I guess we'll just go over there and take it!

There's a low chance of the pirate event occurring during a game. The station receives a demand from the pirates for 20,000 cargo credits present when the event triggers. If the crew cough up the money, nothing happens. If the crew refuses, or stays silent however, 3 (unlike nuke ops, the number of pirates does not scale with population) ghosts are spawned as pirates and given the objective to gather materials and credits worth 50,000 looted from the station.

The station refused to pay for your protection, protect the ship, siphon the credits from the station and raid it for even more loot.

The goal of the pirates is to loot the station of anything valuable. The minimum target is 50000 credits, with the figure scaling with the relative prosperity of the crew. Have at least one pirate and survive on the pirate ship in deep space by the end of the round. 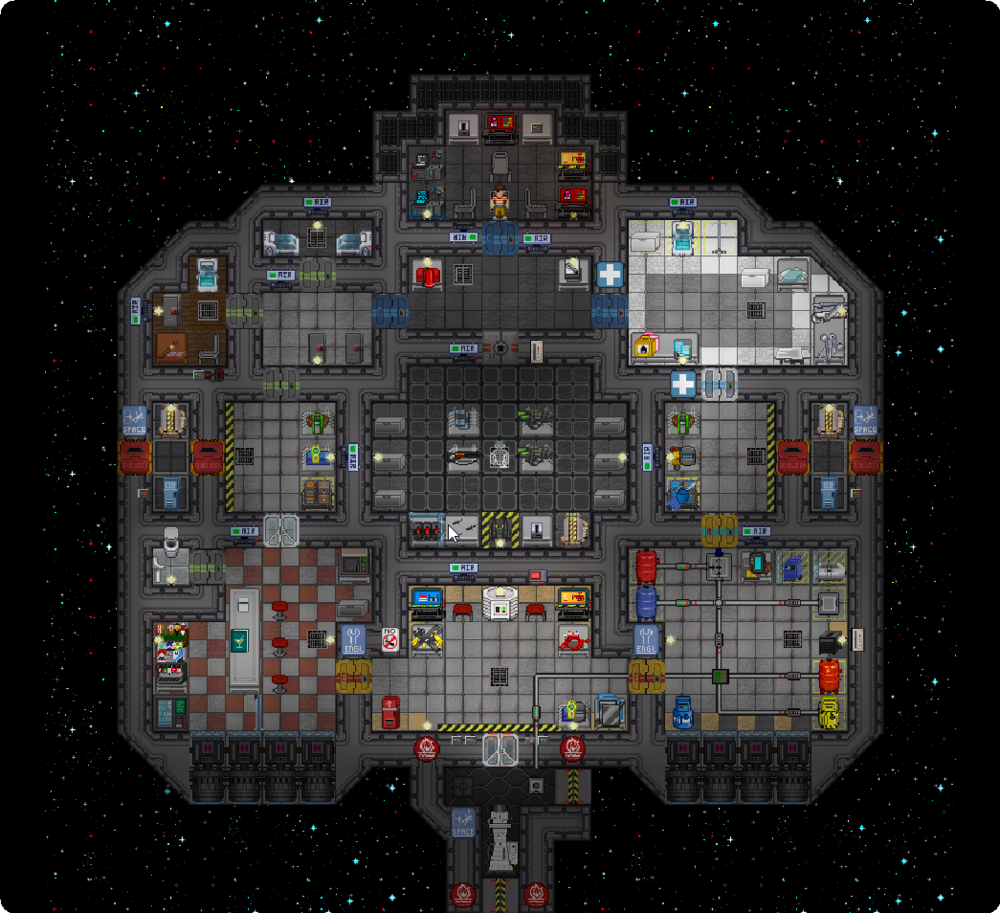 This heap of machinery steals credits and data from unprotected systems and locks down the cargo and emergency shuttle. Although activation of this machine is optional, once its turned on, it can't be turned off short of cutting the power to the entire ship. Upon activation, it automatically starts siphoning credits from cargo, tech levels from the RnD network, and also creates a "hostile environment", preventing the cargo and emergency shuttle from entering or leaving. Meanwhile, it also locks RnD and supply consoles from being accessed altogether, so science can't research new technologies and cargo can't order stuff. It also broadcasts a GPS signal, so the entire crew can figure out the location of where the data siphon is. Expect the crew to go on a manhunt for your ship so that the emergency shuttle can dock. Expect your ship to be blown up if the station goal is the Bluespace artillery.

You spawn with a pirate bandana, an eyepatch, a pirate suit, brown sneakers, and a syndicate headset. Your weaponry consists of 3 laser guns, three X-4 charges , a combat shotgun with two boxes of ammo and whatever you can get from looting the armory bare.

These are what you should be looking out for, generally try and get a good mix of the more exotic ore types. Iron ore is ok but it sells for little.

Were you too late or lacking money to respond to pirates? Here's what you can do.