This base is the primary workplace for the brave Shaft Miners.

The largest and and only official Nanotrasen established base on the planet known as lavaland, the mining station is roughly split into living quarters and ore processing/EVA. Most doors require Mining access. Mining Station access is required for external airlocks and EVA.

As the mining asteroid exists on a different Z-level from the station, it is often used as a place of exile for Heads of Staff and Head Revolutionaries. It is also spared annihilation in case of a nuclear explosion or self-destruct.

Mining station is also often a hive of scum and villainy.

After exhausting all the hostile wildlife minerals on the asteroid, Nanotrasen scoured space around the station for a new source for that sweet, sweet Plasma. unLuckily for you, they found a young planet almost completely covered in lava and a host of deadly creatures. Did we mention the ash storms? There are ash storms as well. Don't forget to grab a bluespace shelter capsule. You're definitely gonna want one of those. 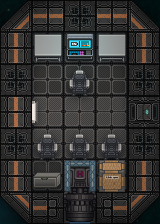 This is the lifeline between the main station and the planet. It's the only reliable way to get between the station and the lavaland. Contains a crate for processed minerals. Also contains an ore crate, which you will probably want to use. Shuttle consoles (both inside and on stations) can be destroyed to prevent the shuttle from moving.

It can also carry megafauna from the mining base to the station. 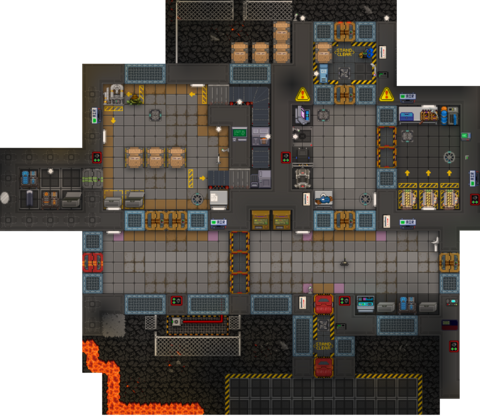 This is the part of the mining station that contains most of what you need.

Before the Ore Redemption Machine existed, miners smelted their minerals using this set of machines. In case you need to use them, they work by putting an ore crate on the top right, on the input of ore loader. This machine will grab ores from the crate and put them on the conveyor belt, which will feed them to a smelter. Interactig with the console will let you choose which ores to smelt; do not smelt two different ores at the same time unless you want slag to come out (or plasteel in the case of plasma and iron). The resulting minerals will be carried out by the conveyor belt, on the bottom side of the room.

The coin press in the upper left corner can be used to manufacture coins from any kind of mineral. 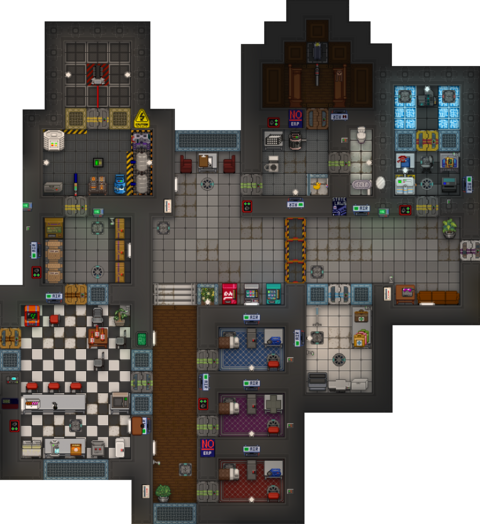 This is the more rarely used side of the Mining Station.

Only stocked with a few medkits, an IV and some blood packs, but it is usually enough to fix the damage you might incur while exploring Lavaland.

The machine inside this room is the only thing that allows you to hear and speak on the station's radio channels. If it is disabled or destroyed it'll cut off all radio communications in Lavaland.

Here you can find a second set of mining equipment, useful for those who become miners through the HoP. This room also contains a cyborg recharger, for mining cyborgs. Useful for finding a second KA to dual-wield.

The kitchen has some food in the form of donk pockets and a vending machine, plus loads of beer. The bedrooms aren't particularly useful, which makes them great for hiding contraband or cult runes.

This room contains the power and air supply of the mining base; additionally, it starts with a locked crate which contains random loot. The crate can be opened by guessing the correct combination; a multitool will aid in this. Pushing the crate into lava or shooting it will result in explosion.