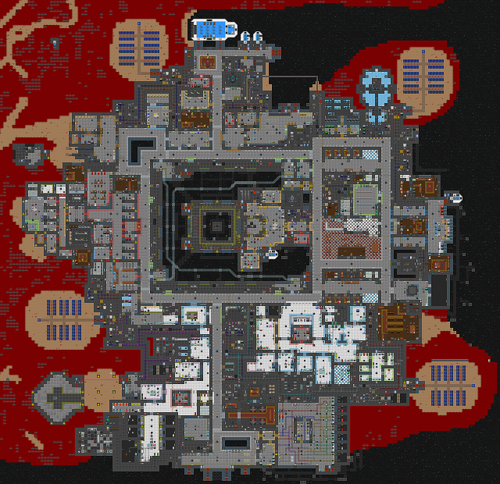 AsteroidStation is a Nanotrasen facility embedded into a gigantic asteroid. AsteroidStation is a replacement for MetaStation, which was previously run on Badger, and is now the default map on the second official /tg/ server, <byond server=game.tgstation13.org port=2337>Badger</byond>. It has not been play-tested very extensively, but has been generally well received. Due to this lack of play-testing, there some bugs, and gameplay changes and balancing still need to be made.

Development news are posted in this changelog.

Feedback should be posted in this thread on the forums.