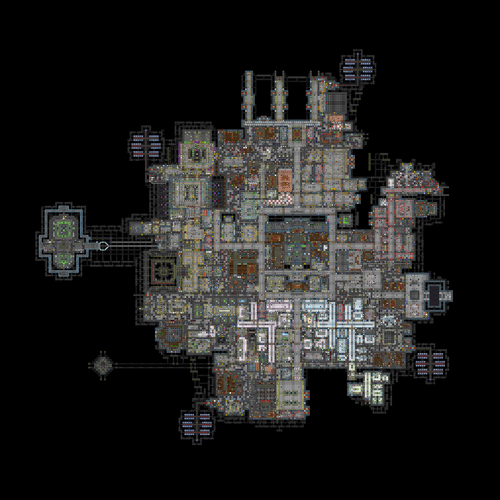 DeltaStation is a map heavily influenced by Meta and Box, with a large centralized bridge area. Intended for higher populations, the map features a more fleshed out and spacious interior lushly decorated and accomodating a large number of potted plants. A large maintenance with a number of useful half-built rooms and areas give antagonists a large variety of spacious areas to make their on station bases and hiding places.

DeltaStation was first released on the /tg/station github by Okand in the winter of 2016.

A vacant commissary was added to the station after economy was implemented in 2018.