FlandStation is the only active map entirely of Beestation creation. Developed by PigeonVerde in mid 2020, and first put in early rotation in late 2021. This map was intended to be an high population map with features from both Kilo and Pubby, alongside some homebrew additions, leading to an unusual yet unique design for each department leading to the rather atypical structure, alongside it's massive size. 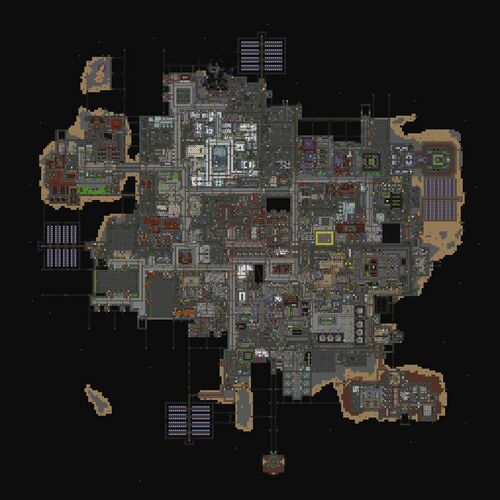 Numerous tweaks and refinements have been made since the map's creation by PigeonVerde and with the support of the Beestation community!

The development of the station began in late 2020, with a concept of hybridizing Pubby with the focus of having a big population before the popcap.

After a brief hiatus, the development of the map resumed very swiftly with the publishing on github and first playtest on the 25th of October 2021, after that many versions followed tweaking many oddities and broken stuff.

At the beginning of the new year, the map was merged in game, after that, 4 service packs happened, which where fixes related to the station and quality of life changes.